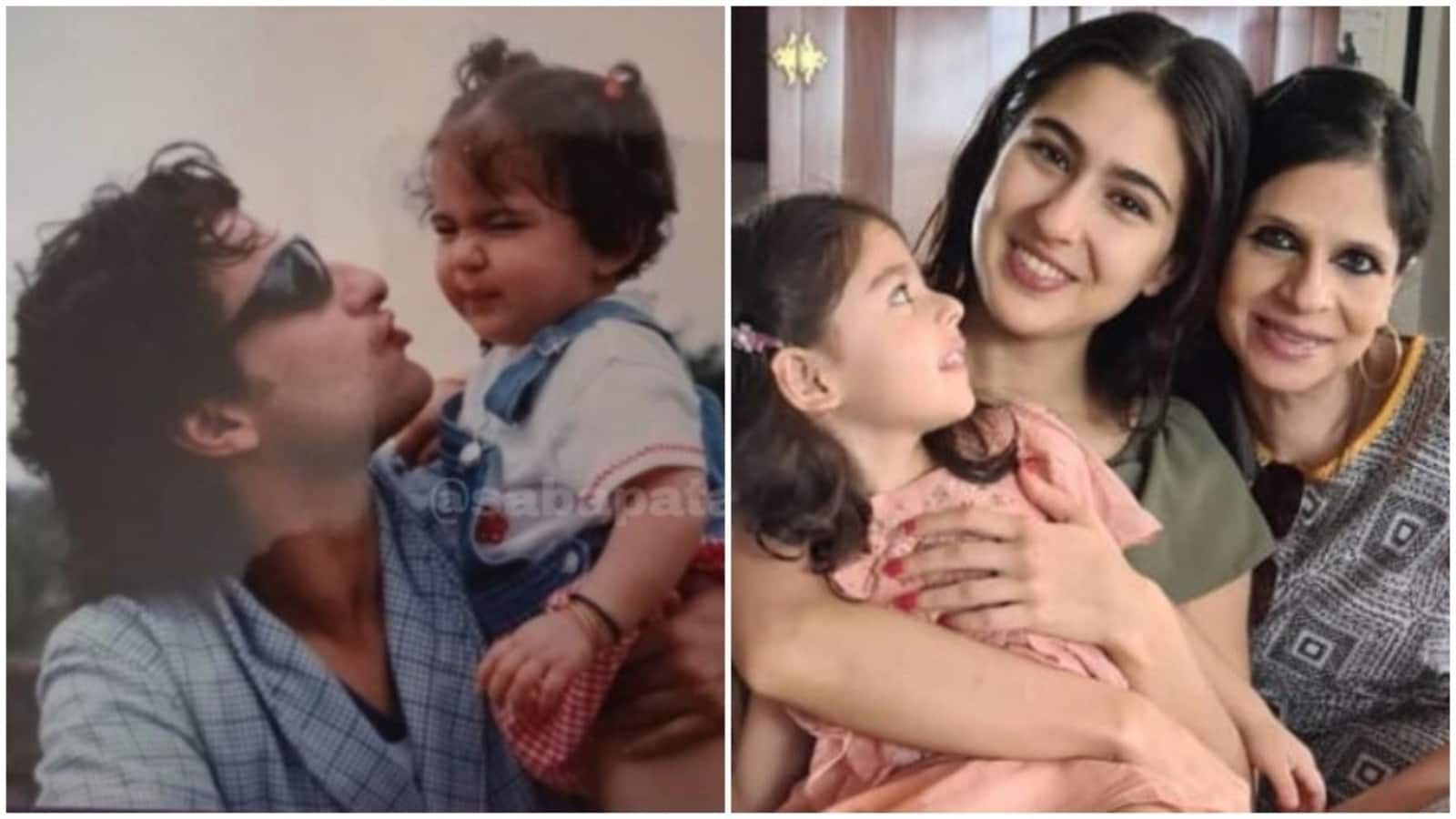 Saba Ali Khan, sister of actor Saif Ali Khan, caught a glimpse of her niece’s birthday, actress Sarah Ali Khan. And Saba published, through her account on Instagram, a picture of Seif holding the baby Sarah in his arms.

In the photo, Saif Ali Khan kissed the face of Sarah Ali Khan, who bit her nose and closed her eyes. Seif wore a blue checkered jacket and black sunglasses. Sarah wore a white T-shirt under a denim dress. Her hair was tied in two small bundles.

She added, “Photography: ME Copyright: Me. Please flag if used. Watermark… destroys the photo. I wouldn’t use it if I didn’t have to! Trust you! Really enjoy the unseen photos of kids taken by you.” In response to the photo, one fan wrote, “How cute you both are.” Saba replied, “Her first birthday.. Bhopal. You took me Jane!”

Recently, Saba was upset after a fan page posted Sarah’s photo that she had posted, without taking credit for her. Saba wrote, “Very poor form of using my original photo and using it as another account. I will not share photos of Sarah’s baby in the future. I demand a retraction.” After the incident, some posts shared a watermark with her name.

Saba regularly shares photos of her nieces Sarah and Inaya as well as her nephews Ibrahim and Timor.

Saba’s Instagram page is like a huge family album. She has been sharing old photos of her parents Sharmila Tagore and Mansoor Ali Khan Pataudi, her brother Saif Ali Khan and Soha Ali Khan, her sister-in-law Kareena Kapoor, and her ex-sister Amrita Singh.

Meanwhile, Sarah was last seen with Varun Dhawan in Coolie No 1, a remake of the hit 90s movie of the same name. The original movie, featuring Karisma Kapoor and Govinda, was released in 1995.

Sarah will next appear in Aanand L Rai’s Atrangi Re, which also stars Akshay Kumar and Dhanush. She made her acting debut in 2018 with the film Kedarnath by Abhishek Kapoor. She has also appeared in films like Simmba and Love Aaj Kal.