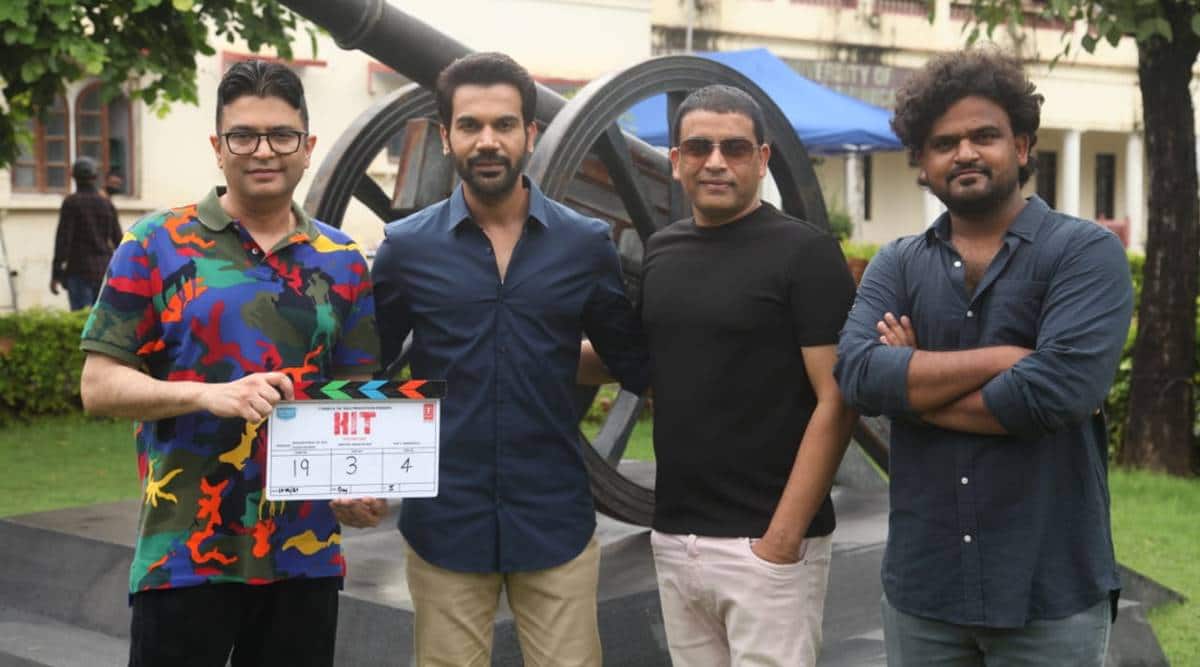 Rajkumar Rao started his shooting The upcoming film is HIT The First Case. The film is a Hindi remake of the Telugu film of the same name. The original film starred Vishwak Sen and Ruhani Sharma in the lead roles. The Telugu film is being produced by Telugu actor Nani along with Prashanthi Tipirmeni while the Hindi film is being produced by Bhushan Kumar, Dil Raju, Krishan Kumar and Kuldeep Rathore. The Telugu version of HIT – First Case was directed by Shailesh Kolanu, who is also directing a film starring Rajkumar Rao.

On Sunday, Rajkumar along with the filmmakers gave a muhurta shot for the film. Rajkumar shared a picture from the sets with the caption “Life is all about collaborating to make this world a better place”.

In an earlier statement, speaking about the character, Rao said, “It’s a fascinating story, relevant to today’s environment. As an actor, I’m always looking for roles that I have not explored, and HIT gives me that opportunity. I look forward to this journey with Shailesh and Dil Raju. HIT’s plot focuses on the police searching for a missing woman.Sanya Malhotra will also play the lead role in the film.

Director Shailesh Kolan has previously shared that he wants to “bring that darkness into the character and make the audience root for himself with yet mature acting”.

“HIT’s first case tells the story of a police officer who is constantly at war with his past and present. So it’s a troublesome character. I follow Rajkumar’s work. He is an amazing actor and has amazed us with his performances every time. I am very happy to work with him, ”he said.