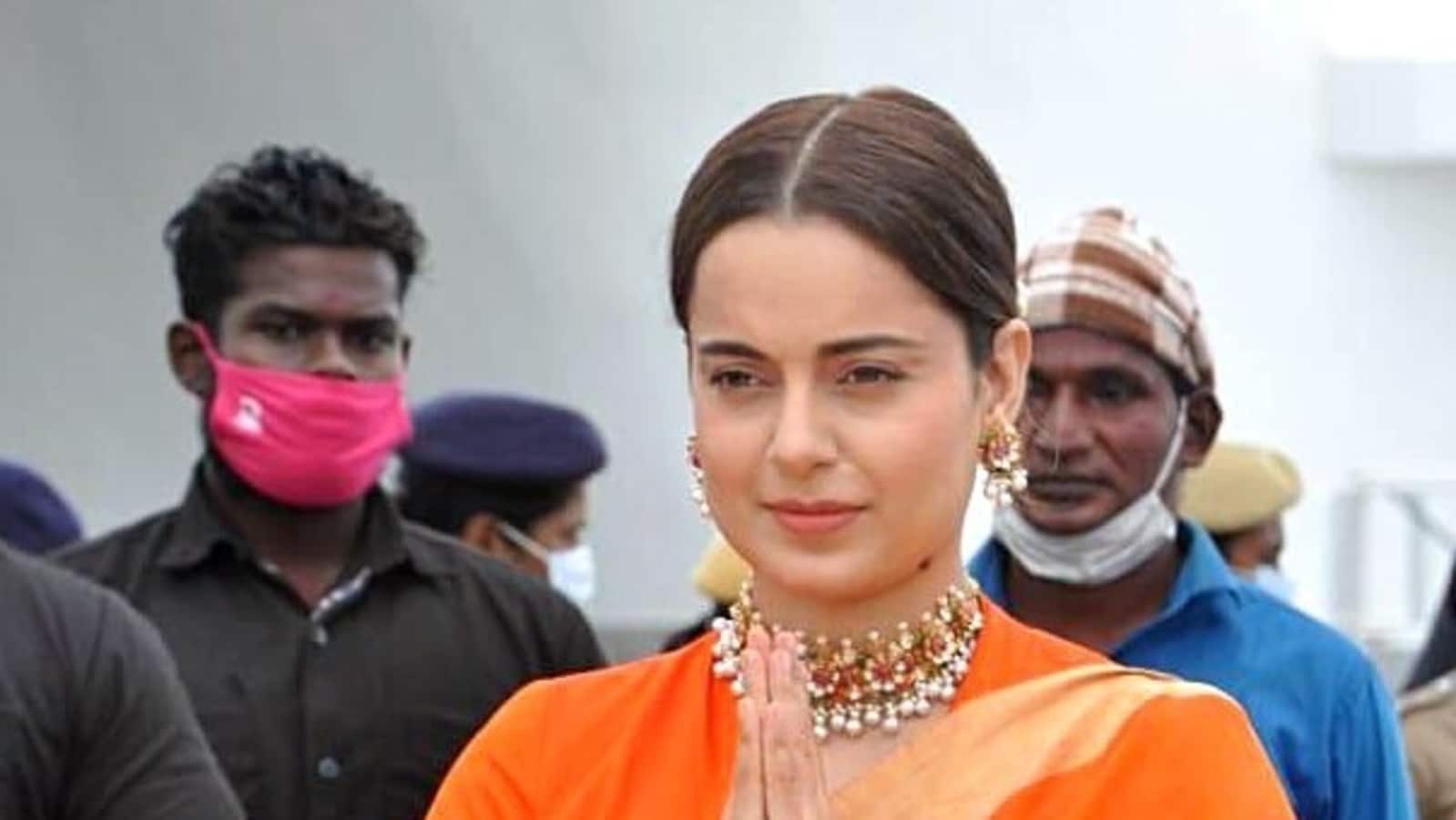 Saturday’s Multiplex PVR series finally gave the green light to premiere the Tamil and Telugu versions of Thalaivii from Kangana Ranaut on September 10. The news comes just hours after Kangana this morning took to her Instagram handle to criticize major multiplex chains for refusing to feature Thalaivii at the movie’s theatrical show on September 10.

On her Instagram story, she wrote, “Multiplexes have different rules when it comes to big-hero movies, they simultaneously released Radhe on stage and theaters. They released Master with a two-week window, and released Hollywood movies with a simultaneous OTT release in the US, but declined to offer EVEN SOUTH OF THALAIVII THAT HAS A 4 WEEK WINDOW. pyrcinemas officialinoxmovies system makes sure no woman does and then complains why don’t we have superstars who bring audiences to the stage alone like men…”

However, in her latest post, the actress said that one of India’s largest multiplex chains has agreed to show the southern versions of the film.

She posted an excerpt of PVR’s statement on her Instagram account which read: “Thalaivii is one of the most awaited films. Ms. Kangana Ranaut’s acting prowess and exceptional box office draw are well-established facts. We are grateful to the Thalaivii team for advancing the four-time theatrical window weeks for its Tamil and Telugu versions.

“We are pleased to be able to play Thalaivii in Tamil and Telugu language in our cinemas, however, we are disappointed that for the Hindi language version, the Thalaivii team has decided to offer a window of only two weeks. We would like to appeal to Mrs. Kangana, Mr. Vishnu Induri II Mr. Shailesh Singh to keep On a consolidated window of 4 weeks across all language versions, thus allowing all cinemas across the country to show Thalaivii to the public, on the big screen. Best wishes to the Thalaivii team!” the statement concluded.

Sharing the statement, Kangana thanked the PVR team for the decision and wrote, “PVR’s decision to screen both the Tamil and Telugu versions of the film is a ray of hope for the Thalaivii team as well as all the moviegoers who are waiting to rush back to their favourite. Multiplex series for a cinematic experience. I was personally touched by the kind words used For me “.

She further wrote, “Talaivii Team, I hope through conversations, and passion for theatrical experience, we can come together to find a solution so that the Hindi version can also find love and appreciation on the big screen @pvrcinemas_official – so much love, Kangana.”

On Friday, in a lengthy statement, the Queen’s actress initially shared her ordeal with her fans regarding the entire script. Noting that she was “heartbroken,” Kangana urged the pool owners to help each other out in these trying times.

According to reports, theater chains have been unhappy with the makers of Thalaivii as they are demanding at least a four-week difference between his debut in theaters and on OTT platforms. Mx chains are said to be refusing to show the Hindi version of the movie saying that the window for the premiere on Netflix is ​​too narrow.

Read also: Kangana Ranaut says ‘kings’ have a right to ‘hear what their subjects are talking about’, and adds that she is not talking about Pegasus.

Described as one of Bollywood’s biggest releases this month, Kangana’s Thalaivii has set high hopes as the movie’s trailer manages to create anticipation among audiences. Post Bell Bottom and Chehre, Thalaivii will be the third Bollywood project to have an exclusive theatrical release in India.

The film marks Kangana’s second biopic after the 2019 film Manikarnika: The Queen of Jhansi. Thalaivii, directed by AL Vijay, revolves around the life of the late Jayalalithaa politician. In the film, Kangana will be seen writing the titular role for Jayalalithaa.

The film is also slated to be shown in theaters around the world in Hindi, Tamil and Telugu. It was scheduled to launch earlier in April, but was postponed due to the second wave of Covid-19.