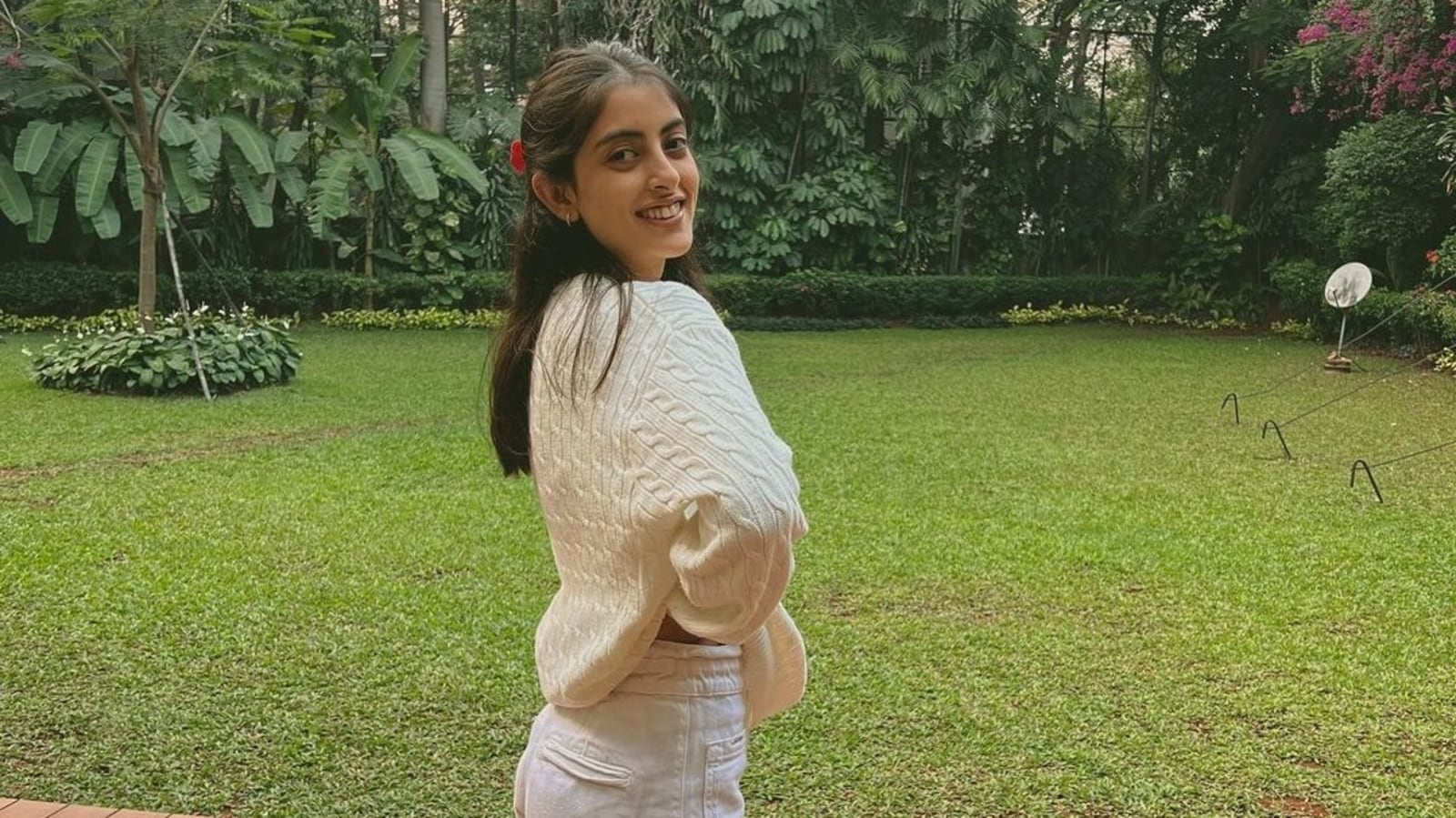 Navya Naveli Nanda, granddaughter of actors Amitabh Bachchan and Jaya Bachchan, posed on the lawn in the latest photos she shared on Instagram. She wore a white sweater over jeans and sneakers. Her hair is tied with a red ribbon.

For his caption, Navya used a heart emoji along with two exclamation marks. Her mother Shweta Bachchan teased her over it, commenting “Navya what an inspired caption”. She replied, “Shweta Bachchan, you are not very helpful.” Her father Nikhil Nanda on the other hand commented with a heart emoji.

Navya is a businesswoman and one of the co-founders of Aura Health, an online healthcare platform for women. In an interview with Hindustan Times Branch, she said the aim of their venture was to ‘give back’. She said, “We don’t want to focus on profitability, but give back to society. So, even if people in rural areas are not our customers today, they will be tomorrow.

Apart from this, Navya is also the founder of Project Naveli, a non-profit organization that aims to promote gender equality by providing resources and opportunities that allow women economic and social empowerment. She expressed her desire to be part of a family business called Escorts Group run by Nikhil.

Many of Navya’s relatives are in the entertainment industry, including Amitabh, Jaya, uncle Abhishek Bachchan and aunt Aishwarya Rai. However, despite requests from fans to step into Bollywood, she continued that she was not interested in becoming an actress herself.

Recently, Navya made her television debut with Shweta in Kaun Banega Crore Pati 13 hosted by Amitabh. The two were part of the show’s special 1000th episode.