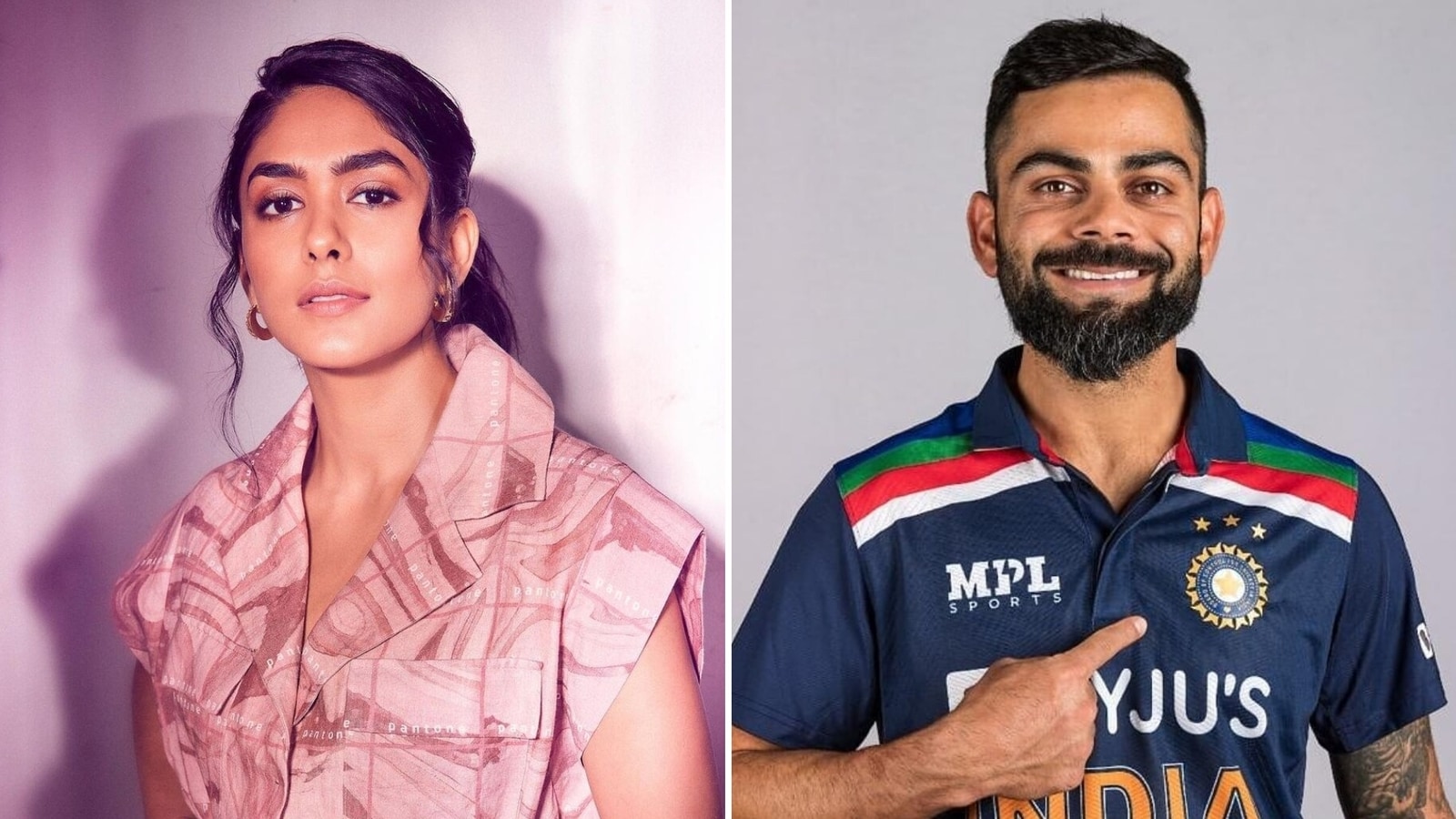 Actress Mrunal Thakur said that she was once ‘madly in love’ with cricketer Virat Kohli. She also spoke of her love for cricket and credited her brother for that. I also remembered watching a live match with him and cheering for Team India from the stands.

Mrunal has been cast opposite actor Shahid Kapoor in the sports drama Jersey, a remake of the Telugu film of the same name. He will be seen as a former cricketer who returns to the game in his mid-30s to fulfill his son’s wish.

In an interview with a leading daily, Mornall said, “There was a time when I was madly in love with Virat Kohli. I started loving cricket because of my brother who is a huge fan. I have fond memories of watching a live match in the stadium with him about five years ago. I remember being I was wearing a blue jersey and cheering for the India team. Cut until today, I’m part of a movie based on cricket like jersey. It’s a happy coincidence.”

Jersey, directed by Gowtam Tinnanuri, was originally scheduled to be released in August last year, but the Covid-19 pandemic delayed production. It is now scheduled to hit theaters on Diwali (November 5).

Mrunal has a number of films in the pipeline. She will appear in the comedy Umesh Shukla Aankh Micholi, alongside actors Paresh Rawal, Sharman Joshi and Abhimanyu Dasani.

Earlier this week, Mrunal also announced in an Instagram post that she has joined the cast of the Hindi version of the Tamil film Thadam. You will be seen playing the role of a police officer in the film also starring Aditya Roy Kapoor.