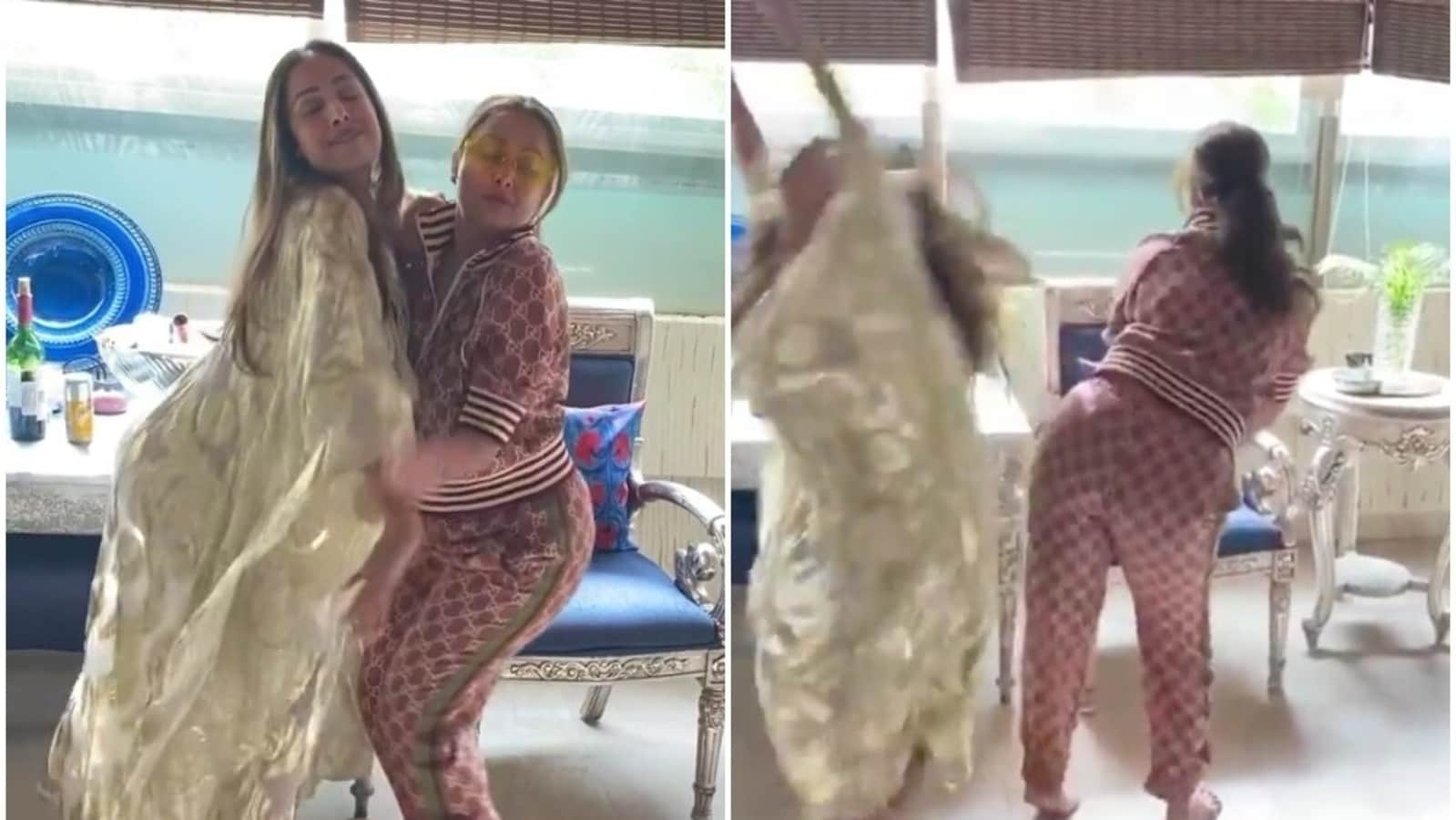 Sisters Mallika Arora and Amrita Arora are the last celebrities to dance to the song, Touch It by KiDi. Malaika wrote a video on Instagram: “Give up.. your hips don’t lie!” The hilarious video showed the two shaking their hips and dancing to the song. At one point, Amrita Malaika pulled her butt off the frame.

Several of their industry friends reacted to the video with Dino Morea, Seema Khan and Sanjay Kapoor dropping the smiley face emoji.

The sisters weren’t the first celebrities to dance to the viral song. Two days ago, Shilpa Shetty danced with Farah Khan, Geeta Kapoor and Ritvik Danjani to the same song on the sets of Super Dancer 4.

Malaika kept enjoying after her son Arhan recently left for higher studies in India. Late last month, he was photographed hugging their dog before leaving.

While Malaika hasn’t revealed what he will be studying, she has talked about dealing with his absence at home. She told Indian Express in an interview, “It’s definitely tough and I’m still trying to get used to not being around. I don’t think I’ll ever get used to it.” Arhan is her son with her ex-husband Arbaaz Khan.

Read also: Malaika Arora takes fans inside a ‘warm and cozy’ corner of her home that houses her shoe collection, photos

Malika also spoke about how keen she was for Arhan to be busy with pay in after school last year, when he took a gap year. She told a leading daily how she had asked him to do something of value. “I was clear that even if he did, he should make good use of his time. I told him he should engage in different things, learn something new and not sit around wasting his time.”

“He has taken online courses, and is also investing his time in improving his fitness. Previously, it wasn’t on his agenda, but now I see he is driven to eat right and lead a disciplined lifestyle. I think kids of his age should do that to be more Healthier when they get to the other side of the pandemic.”