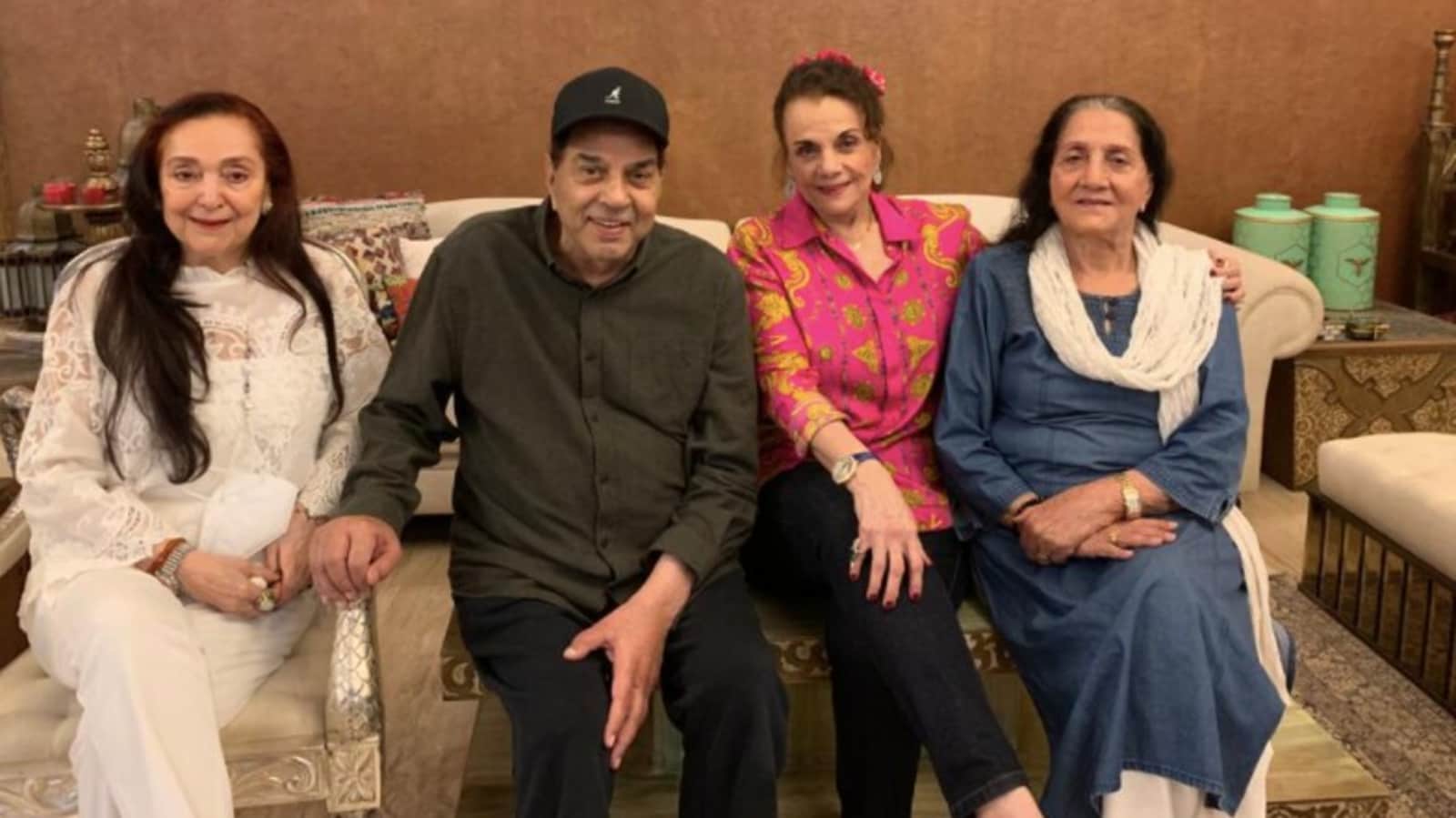 Former actor Mumtaz shared a picture of himself meeting his old co-star Dharmendra on Sunday. Other pictures from the meet-up revealed that Dharmendra’s first wife Prakash Kaur and Mumtaz’s sister were also there.

Sharing the picture on Instagram, Mumtaz added a red heart emoji with the caption “So Sweet”. Dharmendra, who is married to Hemamalini, has appeared with Mumtaz in films like Loafer, Jill Ke Us Par and more. According to a popular newspaper, they spent more than two hours catching up.

He has four children with Prakash Kaur, including actors Sunny and Bobby Deol. Sunny recently shared a video on Instagram of himself and his mother having a very happy outing. Earlier this month, he and Bobby wished her a happy birthday with exclusive social media posts.

Dharmendra married Prakash Kaur in 1954 before making his Bollywood debut. He was only 19 at the time. However after working with Hema in several films he nodded for him. In a 1999 interview with Simi Garewal, Hema admitted that her family was opposed to their relationship.

When Simi Garewal pointed out the ‘stir’ that caused their relationship and asked if she had to face any ‘family opposition’ because of it, Hema said, “Obviously, I don’t want any parents to get married … this kind of marriage. But it’s hard for me to decide anything else.” … I’m been very close to him, we ‘have been together for a long time, and suddenly I think it’s not right to want to marry someone else. I’ll marry you. ‘So it happened. “