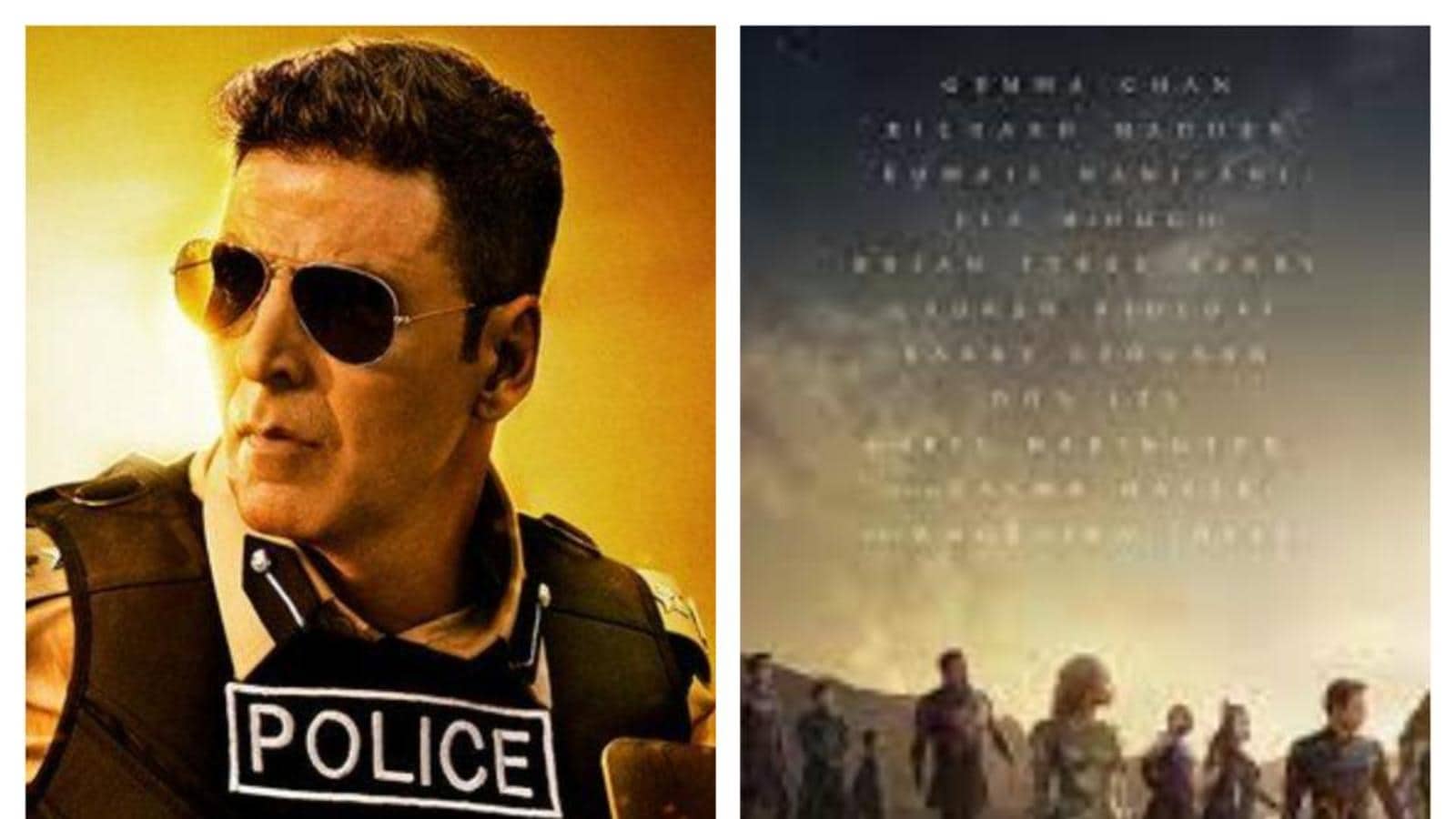 With the reopening of cinema halls in Maharashtra from October 22, the film industry is all set to fill some lights at the box office. The clash between Bollywood, Hollywood and Rajinikanth on Diwali day will set the tone for the next stage battles.

Maharashtra Chief Minister Uddhav Thackeray on Saturday announced the reopening of theaters across the state after meeting filmmaker Rohit Shetty with other theater representatives and exhibitors.

As soon as it was announced, Shetty announced the arrival of his much-anticipated film, SuryavanshiAkshay Kumar, Ranveer Singh, Ajay Devgn and Katrina Kaif star on Diwali. The film fights at the box office with Marvel’s superheroes Eternal, Angelina Jolie and Richard Madden and Rajinikanth lead the Diwali excursion అన్నాతే.

“It will be a big screen Diwali and hopefully a blockbuster. The industry needs this revival and as it is one of the biggest markets in Maharashtra, we hope the audience will come back to the theaters,” producer Anand Pandit shared.

According to director and producer Abhishek Pathak, the move “will give industry and exhibition partners the impetus they need to get out of the pandemic.”

Producer and trade guru Girish Johar was also very optimistic about the film’s Diwali celebrations at the box office, as he said, “we can already see a lot of excitement and movement in the industry”.

Here, producer Amar Butala says, “The period between November and December is traditionally a popular window for movie theaters as it takes huge steps in both Diwali and Christmas. Release of Suryavanshi Diwali this year will ensure a favorable end for Bollywood.

For trade expert Joginder Tuteja, moving forward is the “first in and first out format”, the long-ready films that will first open in theaters. Trade guru Taran Adarsh ​​is expected to announce the release dates of several films in the next 10 days “as everyone is looking forward to this moment”.

“As everything is pushed after the second lockdown, at least two movies are released every week because there is such a big backlog. It will be a movie barrage after Diwali,” commercial expert Komal Nahta stressed.

According to Tuteja, along with the big films will eventually open on the big screen, there will also be a rush of smaller films and “20 or more” films will be released at the end of the year, which is crucial to bring. Bollywood is back on its feet.

“There’s a buzz about Prithviraj Releasing aside Suryavanshi, Since both are Akshay movies, I think this is not going to happen. In fact, the chances of John Abraham are high Satyameva Jayate2 May clash with Suryavanshi. There have been single day movies coming out for a long time Gold And Satyameva Jayate, And then Search House With Mission Mars, ”Shared Tuteja, who thought Aamir Khan Lal Singh Chadda Keeps its release date for Christmas.

Not to clash or to clash

In the midst of all this, sentiment is growing in the industry that Shetty should stand in solidarity and not put their film aside. Suryavanshi. According to Johar, the team not only waited patiently, but had everything to revive the box office business.

But for some industry experts, avoiding conflicts despite backlog is a wise and strategic move.

“When we see signs of a renaissance we cannot tolerate clashes. Conflicts should be avoided for at least the next six months. While many are still running with a 50 per cent capacity limit it only divides audiences in theaters. We need to talk to each other and evacuate accordingly,” said expert Atul Mohan.

Bringing a different dimension to the story, Tuteja points out, “This is the business world. I don’t think anyone has that I.50 crores or more will have to wait harder. They try to take advantage of it, so conflicts happen. People come to see the movie, it’s good and it works ”.

Echoing the same sentiment, director Anees Bazmi says, “Normal riots should not happen, but people are eager to release their films. For example, Diwali is a big festival, and other filmmakers try to make the best out of it, but Suryavanshi Ko usse kuch farak nahi padega ”. Bazmi waits for the situation at the box office before deciding his future course Bhool Bhoolaya2.

Director Mahesh Manjrekar is looking forward to the November release Antim, Shares, “It is impossible to avoid clashes as most movies are ready for release. If we start avoiding conflicts, nothing is possible. We should not let movies be released, good movies do well. ”

Meanwhile, theater owners are finally out of breath after many months. Calling it a positive development, PVR Pictures CEO and President of The Multiplex Association of India (MAI) Kamal Jianchandan shared, “In addition, Karnataka has allowed 100% seating capacity, and I am sure other states will follow suit soon. We expect more producers to announce release dates in six-seven days.

Manoj Desai, executive director of Mumbai’s G7 Multiplex (Gaiti Galaxy) and Maratha Mandir Cinema, said, “We are waiting to hear for SOPs and we are ready to go. We have been waiting for this moment for a long time ”.

When it comes to conflicts, theaters don’t really bother. “We want the releases to be optimized in a way that works for all. But we believe we have the ability to fit more than two films. I do not see the problem but it’s the decision of the producers,” Gianchanda concluded.