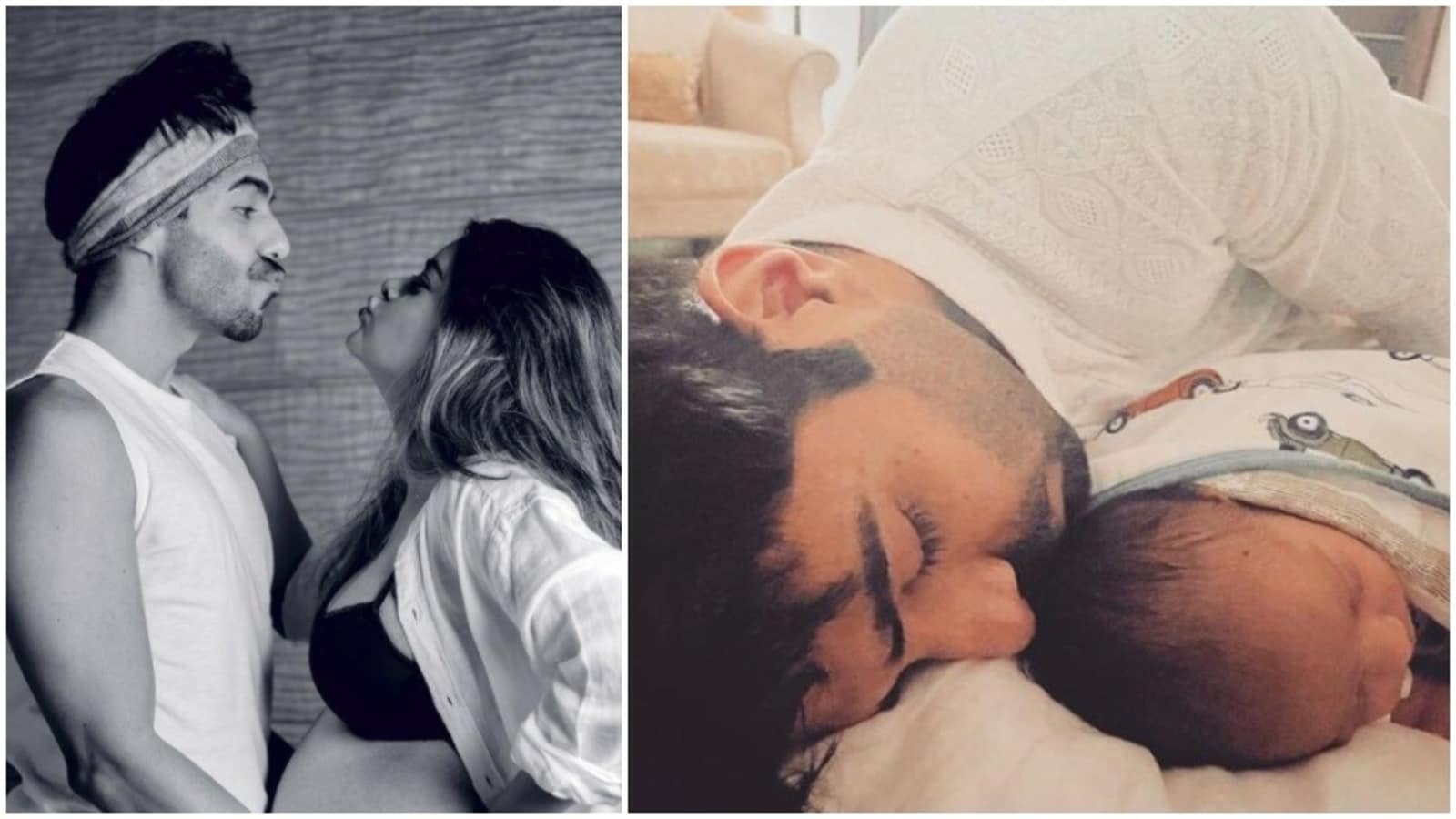 Actor Aparshakti Khurana and his wife Aakriti Ahuja rang on Tuesday on their seventh wedding anniversary. Taking to Instagram, Akriti shared an unseen photo of Aparshakti and their baby daughter Arzui.

In the photo, Aparshakti Khurana is lying beside Arzui while carrying it. Their eyes were closed as they lay on the bed. While Aparshakti was wearing a white kurta, the baby was covered in a blanket with car designs.

Akriti commented on the post, “7 years of calm and chaos summed up. #HappyAnniversaryaparshakti_khurana.” In response to the post, Aparshakti dropped several red heart emojis. He also shared the post on his Instagram Stories mentioning Akrtiti, using Arzoie’s name as a hashtag also with a heart emoji.

A few days later, Aparshakti shared a photo of the new parents holding their child’s hand. The photo was taken in the hospital after the birth of Arzoi. He captioned the post, “It’s a happy, lifelong love triangle @aakritiahuja #ArzoieAkhurana (emoji cam) @ombrebyhj.”

Read also | Aparshakti Khurana shares the first photo of his daughter Arzoie, as they form a ‘happy love triangle’ with his wife Aakriti

Meanwhile, Aparshakti was recently seen alongside Pranutan Bahl in Helmet, which was released digitally at Zee5 on September 3. This comedy-drama is directed by Satram Ramani and produced by Dino Morea along with Sony Pictures Networks Productions.

The movie is a satire about people who are embarrassed to buy and talk about condoms. The film also features Abhishek Banerjee and Ashish Verma.