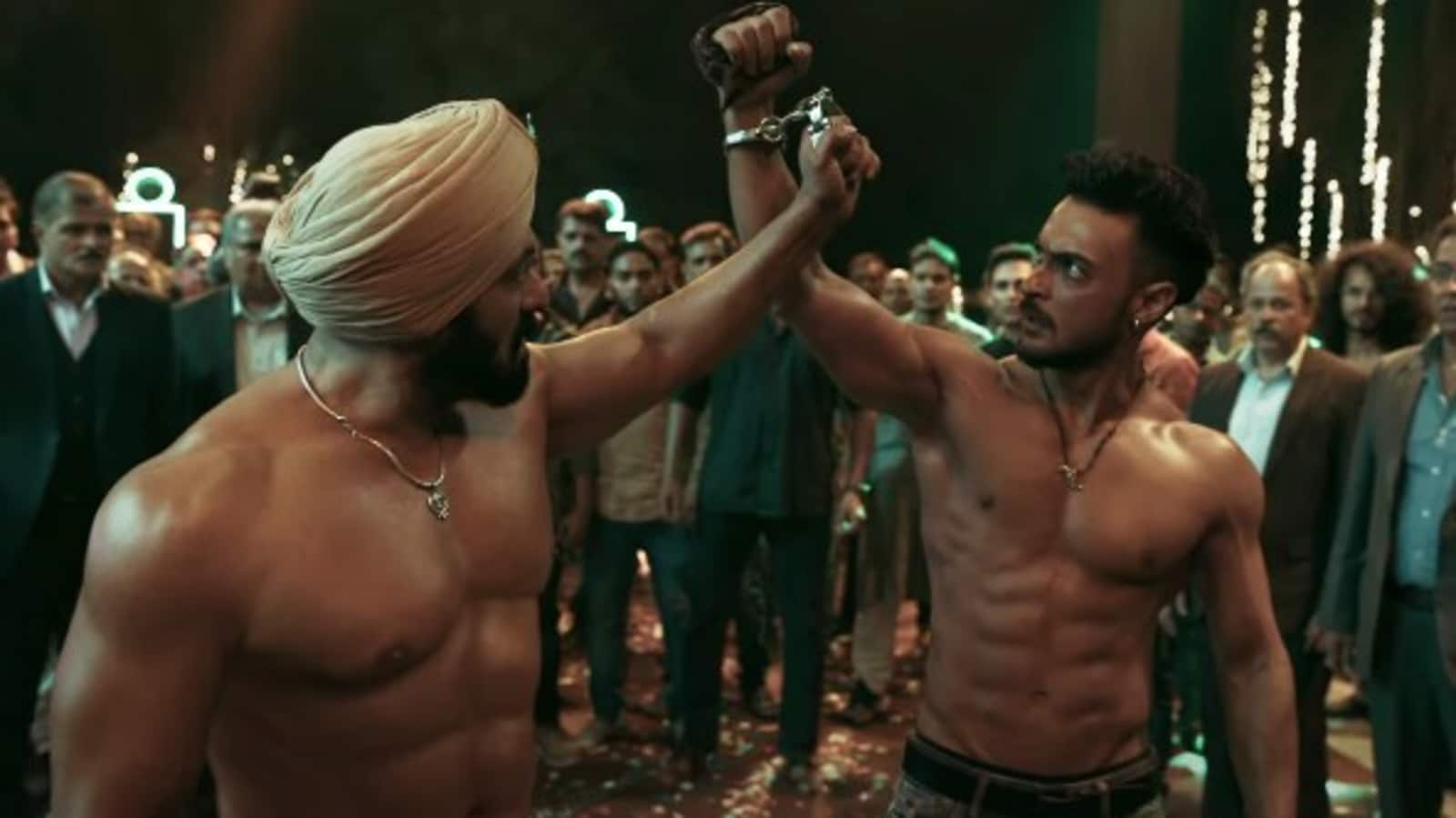 Ahead of the Ganesh Chaturthi festival on Friday, the first single from Antim: The Final Truth was released online. The song features Salman Khan and Ayosh Sharma, as well as actor Varun Dhawan, the song titled Vighnaharta.

The three-minute music video begins with Varun Dhawan providing a violent dance performance, intersecting with action shots of Salman and Aayush. Aayush also appears alongside Varun in the dance sequences.

We get glimpses of gunfire and fistfights; We see Salman shooting people at close range and breaking a glass bottle on one person’s neck. He also hurls wooden furniture at fools. There are shots of Ayush getting involved in a prison brawl as well. Soon, Salman will join Ganesh Utsav festivities along with Varun.

The music video then moves to a one-on-one fight between Salman and Ayush, both shirtless. It ends with two letters bound together.

Vighnaharta is sung by Ajay Gogavale, with music by Hitesh Modak and lyrics by Vaibhav Joshi. Directed by Mahesh V Manjrekar, Antim: The Final Truth will pit Salman against his son-in-law for the first time. Aayush made his acting debut with the critically acclaimed romantic drama Loveyatri. He will also appear in the movie Kwatha with Katrina Kaif’s sister Isabel.

ALSO READ: Salman Khan goes to court against Salomon Bhai, a video game allegedly based on the hit-and-run case

Salman and Katrina are currently filming the third installment of the Tiger series in Turkey. Salman was last seen in Radhe: Your Most Wanted Bhai, which debuted on ZeePlex earlier this year to a poor reception from critics and fans. Salman also has Kabhi Eid Kabhi Diwali and Kick 2 in the pipeline.